Our Partners In Trust inter-city visits create an opportunity for Frederick County leaders to engage in meaningful dialogue and generate innovative ideas from peer cities.

Is it possible for a city to experience a renaissance lasting more than 20 years?

In the case of Chattanooga, TN, the answer is “absolutely.”

Walter Cronkite once dubbed Chattanooga as the "dirtiest city in America." These days, things are  dramatically different. Far from days gone by, Chattanooga is now known as "Gig City," the "Scenic City," and even "The Best Town Ever."
For more than two decades, Chattanooga has been transforming into one of the nation's fastest-growing hubs of innovation, tourism, technology, and outdoor activity. Which is exactly why the Frederick County Chamber of Commerce led a delegation of Frederick’s business leaders to the area to investigate the city’s many economic development and entrepreneurial successes.

​“Team Frederick” was comprised of representatives from both the public and private sectors of the county intent on discussing and learning about Chattanooga’s transformation with the visionaries and architects that are actively leading the charge. 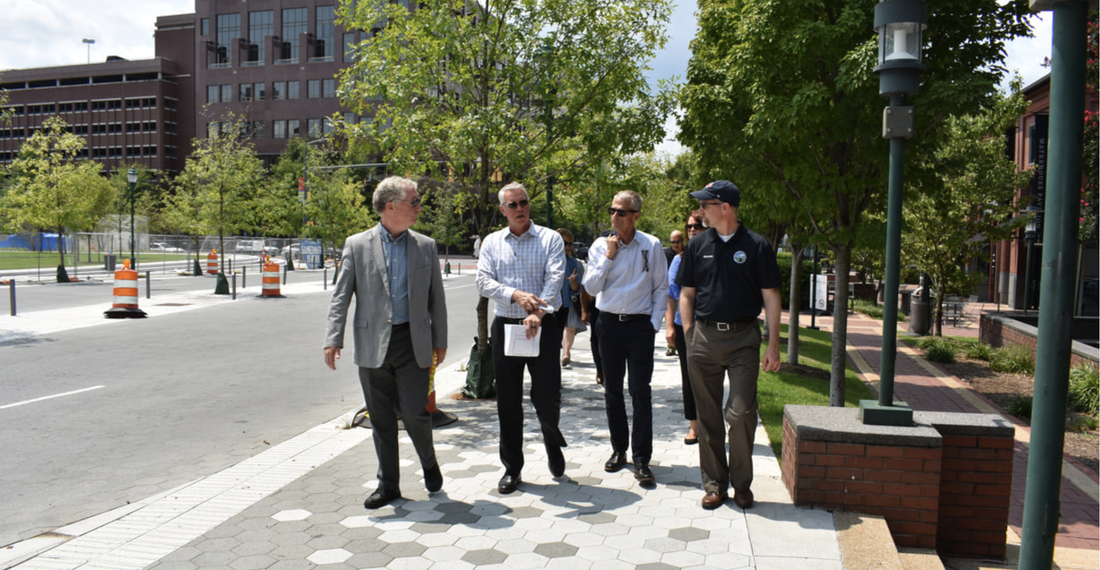 Chattanooga provided plenty of examples of entrepreneurship and innovation but as our team learned, before any bricks-and-mortar projects came to fruition the city’s transformation began with a well-articulated and compelling vision set forth by area leaders.

Andy Berke, Mayor of the City of Chattanooga, and Jim Coppinger, Mayor of Hamilton County lunched with Team Frederick and explained their expansive, bipartisan vision for their community and how the citizens have become true believers and stakeholders in the shared vision. This vision and resulting action has spurred tremendous growth for the community. Over the past seven years the area has celebrated 103 business expansions resulting in 15,000 new jobs and more than $2.6 billion in capital investment.

“There is no substitute for seeing with your own eyes a community's plan come to fruition,” said John Fieseler, Executive Director of the Tourism Council of Frederick County. “Some of what we saw reaffirmed that we already do a lot of the right things in Frederick County. In other cases, we saw new ideas in action. It is always good to not ‘reinvent the wheel’ when someone else has it figured out. It is also helpful to learn about other communities' pitfalls on their path to success, so that they might be avoided.

“Initiative, vision, teamwork, commitment and financial incentives were all necessary to make that type of development successful. For Frederick, this is all about scale,” said attendee Connie Hastings of The Frederick News Post. “The question is, how can we take the information we learned and build an innovation culture that works for Frederick County? It is not about replicating as much as taking key components and fitting it into our footprint.”

Throughout the visit, countless presenters spoke about the “Chattanooga way” of conducting business. This includes the tenet of always saying yes to a meeting while emphasizing the importance of showing up - for everything - especially partnerships and collaboration.

Participant Gloria Bamforth of CorpOHS commented, “The most valuable discovery of the trip for me was how all of the different entities all spoke to the same goal. It wasn’t transparent to me who was ‘the lead’ or ‘the innovator’ on many of the rejuvenation projects because all of the private and public entities worked together seamlessly.”

Berke agrees, “Chattanooga has an ethic of working together through public-private partnerships,” We expect civic leaders to participate. We expect business leaders to be part of the solution. And if you’re not going to be that way, you’d be outside the cultural norm.”

“It was impressive how little time was spent on individual/agency back-patting, as most successes were celebrated by many partners. Celebrating small victories becomes a self-fulfilling prophecy as it leads to larger-scale successes,” confirmed Rick Weldon, President and CEO of The Chamber.

River City Company is one of the economic partners that gave the delegation an inside look at how the ecosystem works in their community. After a presentation on growth, infrastructure and quality of life, our group took a comprehensive walking tour of downtown, learning about the components that exist which make the community thrive.
​
Delegates also toured and held meetings with area investors, developers, representatives from government as well as business incubators and creative co-working and co-living spaces.

“Studying and replicating successful programs and services in other cities eliminates unnecessary investment of time and talent. Why repeat mistakes and false starts when other locations are willing to share their experience?” stated Weldon. “Having a group of community leaders sharing a powerful learning experience facilitates future collaboration and builds an important sense of camaraderie.”

Fellow traveler Frederick City Mayor Michael O’Connor agreed. “I’m a big believer that we can best learn from people and places that have experienced what we are experiencing. As a city larger than Frederick, Chattanooga offers one model for integrating technology, community collaboration, and arts and culture into a vision for who Chattanooga is. We should aspire to that.”