Our Partners In Trust inter-city visits create an opportunity for Frederick County leaders to engage in meaningful dialogue and generate innovative ideas from peer cities.

What Frederick might learn from this South Carolina town

Much like Downtown Frederick, Greenville, S.C., has earned scores of accolades lately and is often named a “must-see destination.” But before it staged its great comeback, this city of 67,000 struggled with significant blight and poverty in its downtown, which made its level of disinvestment even greater than Frederick’s following the downtown flood of 1976. Yet today the city is a bustling center for tourism and is also attracting new residents at a record pace, with the U.S. Census Bureau recently naming it the fourth fastest-growing city in the nation.
​
To get a look behind Greenville’s success, a delegation of 12 members from Frederick County Chamber of Commerce’s Partners in Trust Program, representing local public and private entities, recently spent three days touring the city and its environs.

During their visit, the Partners in Trust team met with Greenville’s mayor as well as local economic development and affordable housing representatives. “Greenville is somewhat similar to Frederick in terms of its size, so it was very interesting to see the challenges they overcame and the approaches they took in revitalizing their downtown and developing top-notch workforce development programs,” said Elizabeth Cromwell, president and CEO of the Frederick County Chamber of Commerce.

“Greenville is somewhat similar to Frederick in terms of its size, so it was very interesting to see the challenges they overcame and the approaches they took in revitalizing their downtown and developing top-notch workforce development programs,” said Elizabeth Cromwell

As the county seat for Greenville County (pop. 483,000), Cromwell says Greenville provided several examples of how public-private partnerships have fueled its revitalization and growth. “One of the city’s first major projects was a Hyatt hotel and conference center,” Cromwell said. “It received financial support from a group of private investors as well as from the City, which purchased the land, built the convention center and parking garage and leased the air rights for the hotel and office building. The hotel atrium is now considered a city park.”

Like Frederick, Greenville had its own infrastructure challenges, including a four-lane highway that literally ran through its downtown, obstructing views of the picturesque waterfalls of the Reedy River. In another example of public-private cooperation, the local garden club and the City of Greenville worked together to create a new master plan for the area that resulted in the removal of the highway bridge and the installation of a new, curved pedestrian suspension bridge and gardens around the falls. 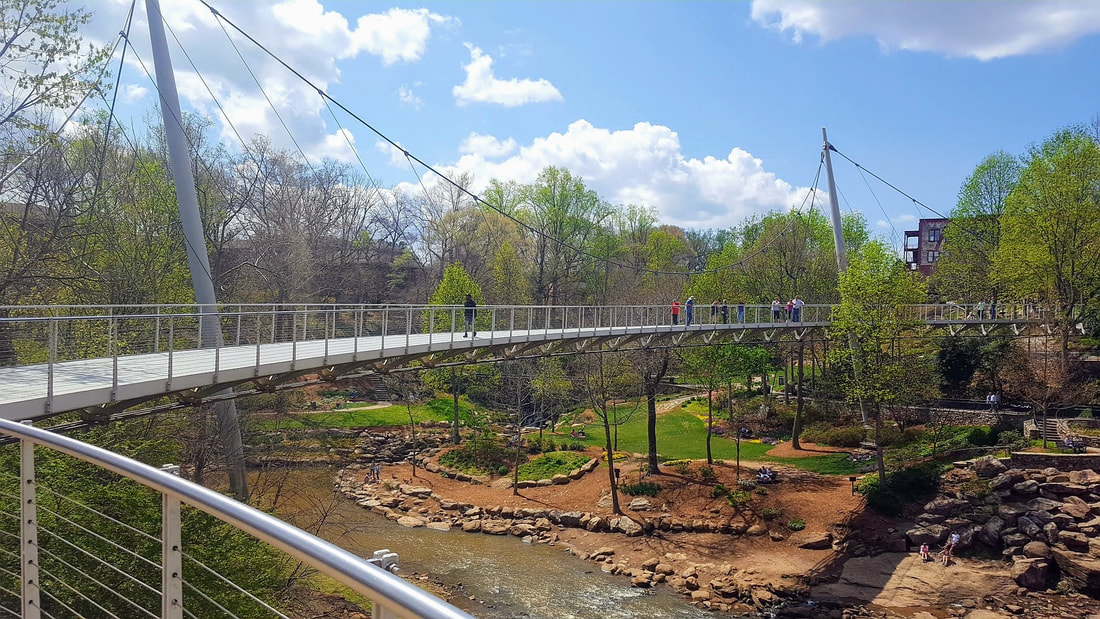 Projects like these take creativity and capital. “Greenville has been very successful in identifying a steady stream of income to support many of its initiatives and has also benefited from consistent local leadership,” said Frederick County Executive Jan Gardner, who participated in the tour. She noted that the City’s use of regional tax increment financing has provided nearly 30 years of consistent revenue to support its redevelopment efforts.

Much of the city’s success can also be attributed to its collaboration with major employers in the region, such as BMW Group and Clemson and Furman universities. “We were eager to learn more about best practices in workforce development, and Greenville has many successful business incubators as well as strong partnerships between the local colleges and employers like BMW,” Cromwell said.

Now that Greenville has successfully “risen from the ashes,” the challenge the city faces is to ensure it remains affordable and desirable for those who live and work there, and to recognize the impact of gentrification on the community. “One of the issues that we’ve identified as critical to our work here in Frederick County is the need for more diverse housing options with a wide variety of price points, so we were really impressed by what Greenville has accomplished,” Cromwell said.
​
Greenville is working to preserve its existing affordable units while also acquiring property to support the production of new workforce housing. The City Council recently appropriated $2 million toward these efforts and work is underway to leverage an additional $1 million in philanthropic, corporate and charitable investments. The result of these partnerships is evident in a recent project in which the City has partnered with the local non-profit Homes of Hope to create 27 new homes in a mixed-income development in one of the city’s most blighted neighborhoods. 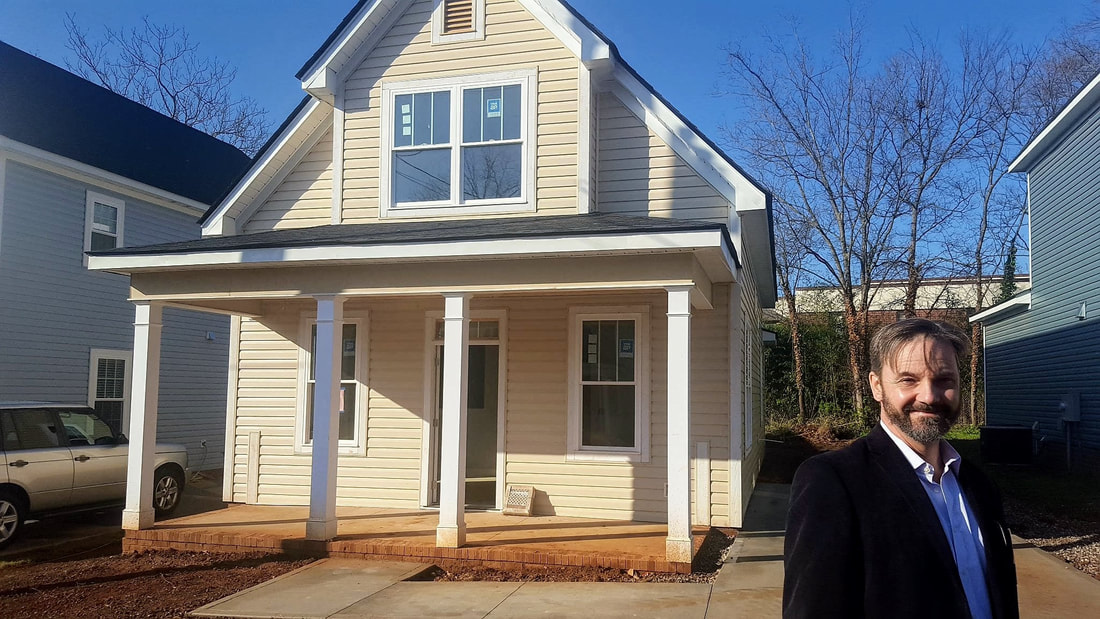 “Much of what we learned was the need for vision, foresight and patience,” said Linda Morgan, former president of the Chamber’s board of directors. “We need to think about where we want Frederick to be in 10 years. Given the similarities between our cities, that was what made the visit so interesting. At times, it seemed like we were looking through a crystal ball to what we could achieve.”